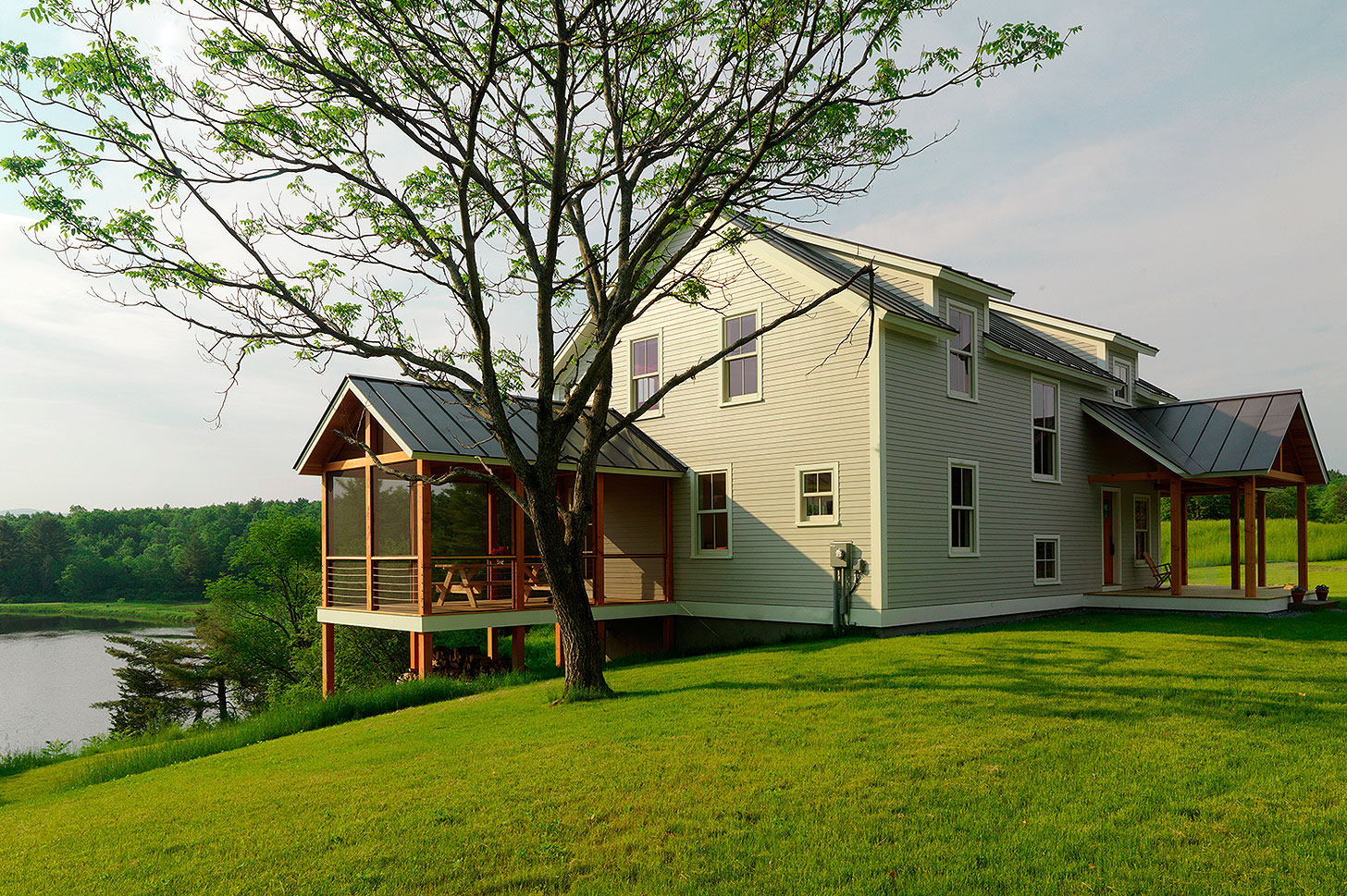 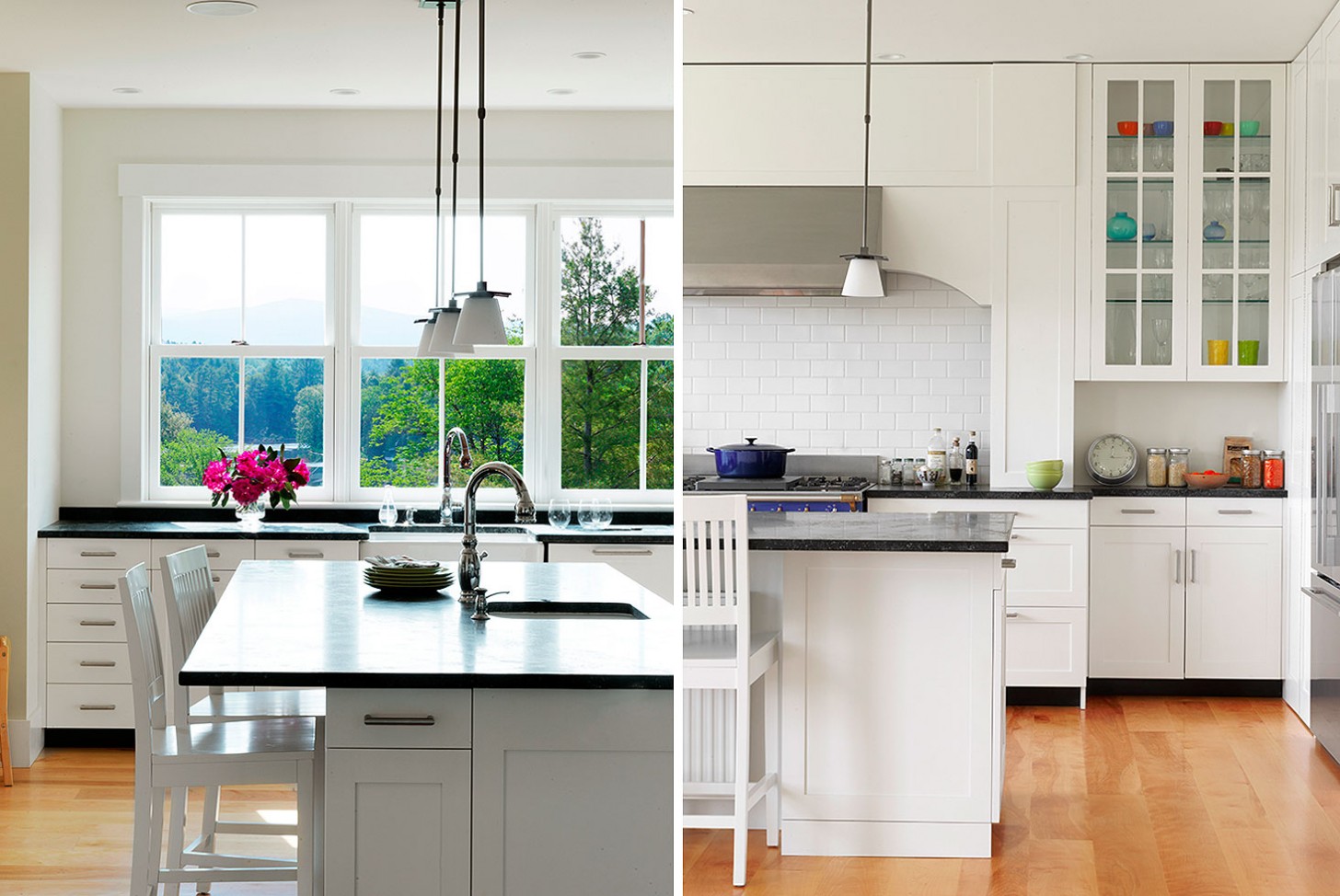 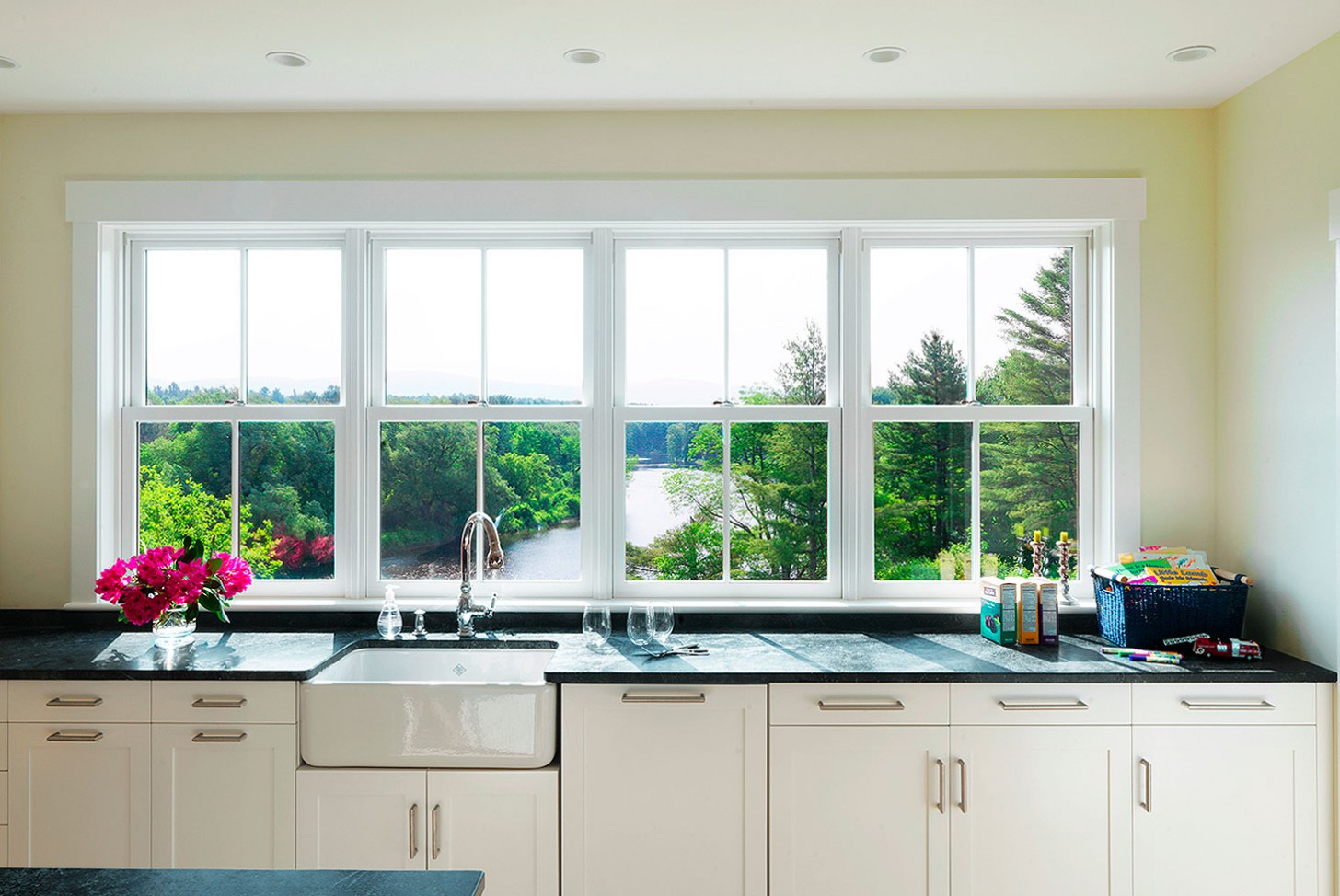 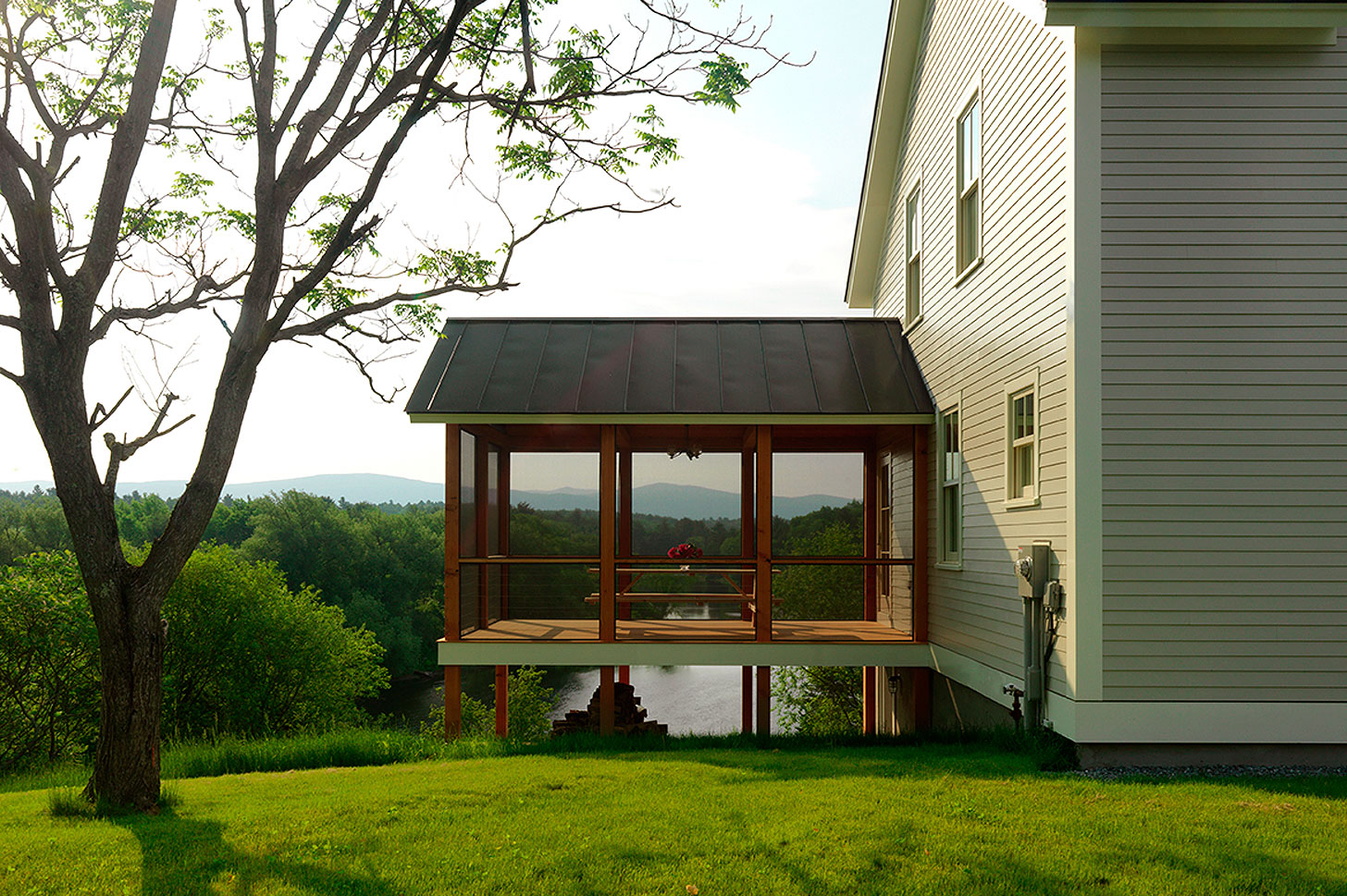 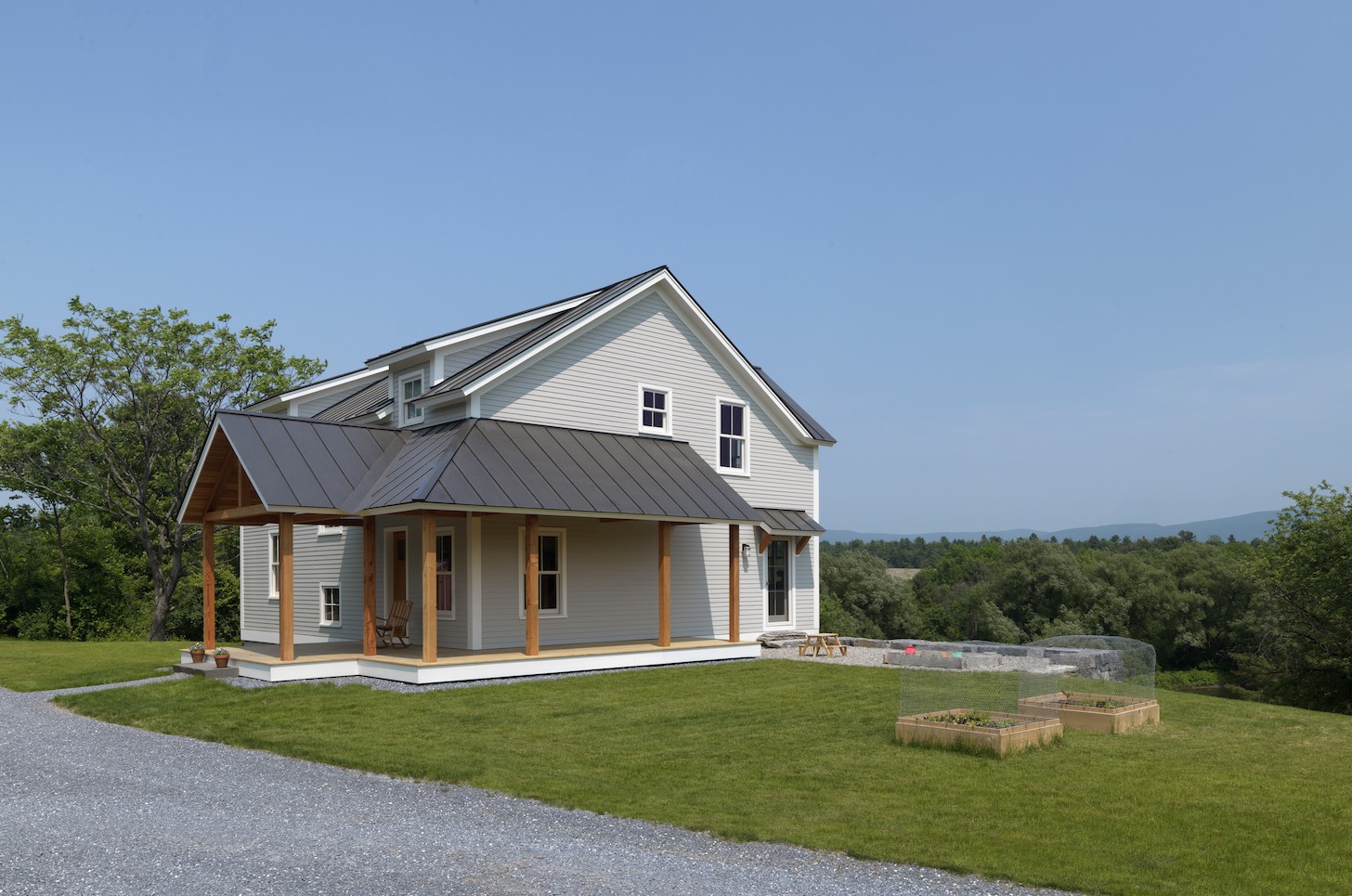 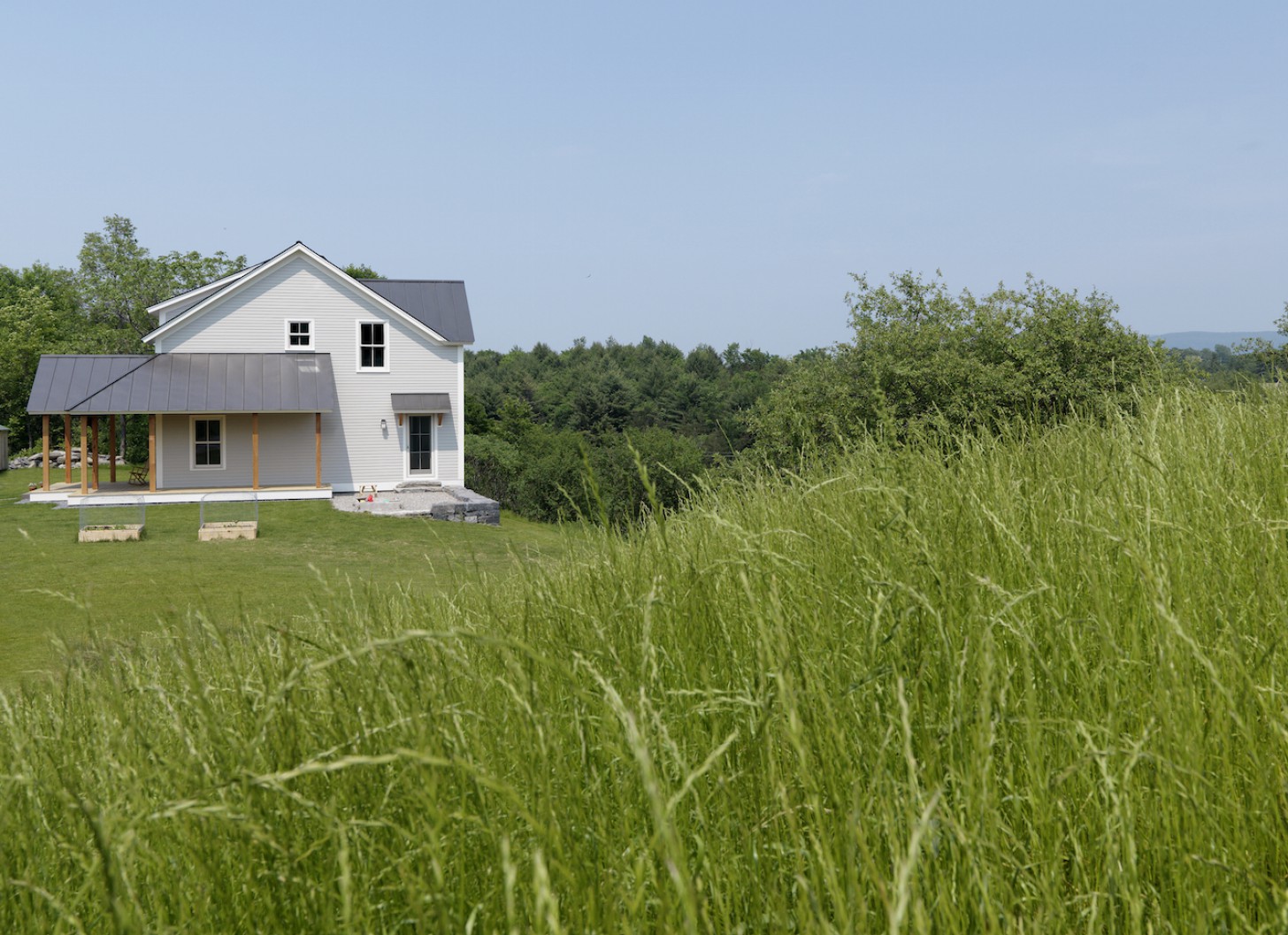 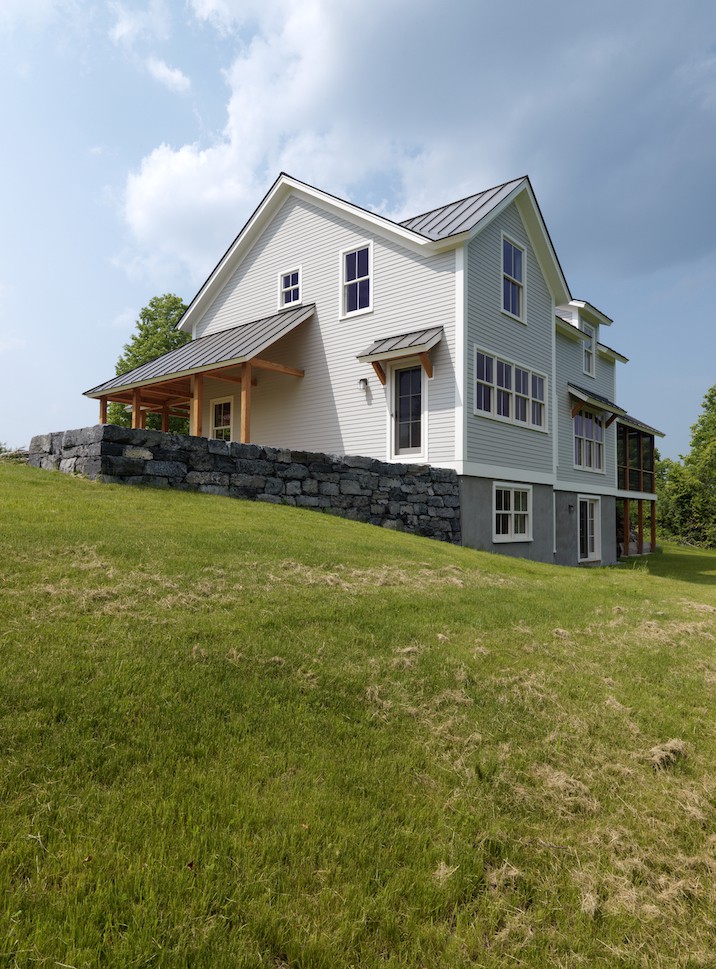 Perched on a hill overlooking a scenic river, this new farm house was designed to take advantage of beautiful views and natural light. Inspired by the simplicity of traditional Skandinavian architecture, the house derives its character from carefully composed rooms, light and views. Its restrained, elegant palette give it a soothing and expansive feel.

Strategically placed large windows frame broad landscape scenes from all of the major living spaces and bring light deep into the house’s interior.

The kitchen is the heart of the house and is arranged to accommodate two cooks plus children. Storage and the refrigerator are pushed toward inside walls to maximize wall space for river-facing windows. The island is designed as a multi-use space and is large enough to double as an eating bar and work area.

To plan for the future, the house was designed to be built in phases–phase one is the core home; phase two will eventually be an attached in-law apartment. The simple, rectangular shape of the house core makes it easy to add on at a later date, and because the addition has already been designed, it can be constructed with minimal change and disruption to the rest of the house.

The steep hill proved advantageous–it allowed us to develop a finished basement with generous windows, doors and more river views. Computer modeling of the site’s terrain enabled us to finesse the house location. As a result, site work was minimal and just a single, curved retaining wall was needed to retain the hillside and create ample upper and lower level outdoor living spaces.

The house is oriented and plumbed for future installation of solar hot water roof panels. It received a 5 Star Plus Energy Rating from Efficiency Vermont.